Emily Snowden founded The Goalie Trainer, with its dedicated goalkeeping facility, to coach goalies of all ages and levels and to help them reach their full potential. Her superior training brings goalies from all over the country to train with her on a regular basis.

Drawing from extensive knowledge and personal experience to all aspects of goalkeeping, Emily has trained nine goalkeepers on the USA Development Team (indoor and outdoor), U21 National Team, and U16 National Team.

In addition to founding and running The Goalie Trainer, Emily has also been serving as Sport EuroTour’s U.S. Director of Goalkeeping since 2018.

Prior to founding The Goalie Trainer, Emily served as Director of Goalkeeping for WC Eagles Field Hockey Club, and as Goalie Coach for Drexel University.

Emily uses her network of world-renowned goalies and coaches to constantly evolve as a coach. This leads to drills and exercises that are cutting edge in the field hockey goalkeeping world. Emily teaches the same skills that the world’s most elite goalies are using.

A little personal info: Emily grew up in the Philadelphia suburban region, attended Radnor High School, and went to the University of Vermont where she played field hockey. As someone who has always wanted to help people and communities, she earned her Master of Public Health (MPH) from Drexel University. After graduating from Drexel, she realized her passion was training the amazing young women and girls who were developing as field hockey goalies, thus prompting her to begin The Goalie Trainer, LLC. She also has an adorable 5-year old dog named Beau! 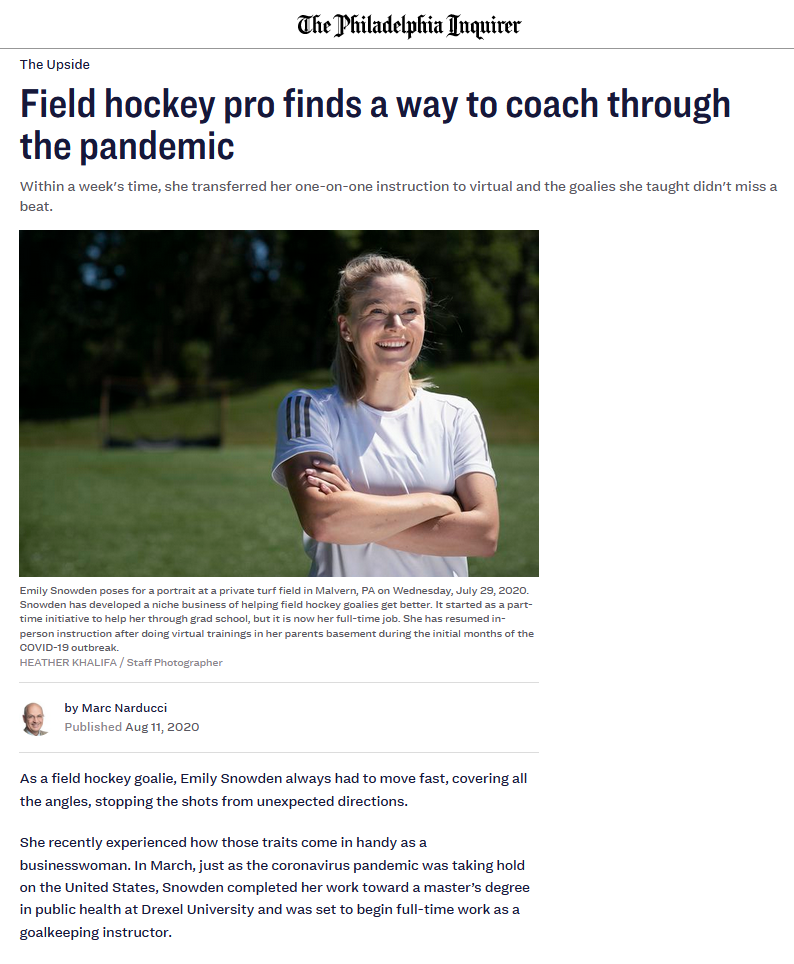 Read the article about Emily in

“Training with Emily is awesome. But a training facility made just for goalies? Incredible.”